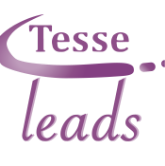 The Apprentice – Our Leading Light

I confess sometimes I watch mindless reality TV programmes such as the Apprentice.  When I read that two apprentices rivals traded insults after cat fights, were at each other’s throats, had a ‘screaming’ row during filming and continued to trade insults on social media, I asked whether programmes such as these display leadership in a […]

Servant leadership is so impactful, yet many people think of leadership as a means of control and exercising power, sometimes in inappropriate ways.   Power used in the wrong way is very destructive, people are bullied, there is a culture of fear and guilt.   In the short term,  things may appear to be working, but over […]

Lessons on Leadership – learning from the Ebola Crisis

When the Ebola epidemic broke out in West Africa, a man tried to enter Nigeria for  treatment. He was held at the International airport by a leading doctor and her colleague. The gentleman was never allowed into Lagos. Their action saved millions of lives. In densely populated Lagos, millions of people could have died. The […]

Leadership & Diversity – 3 Innovative & Creative Tips on How to Achieve This

The new Barbie is being remoulded to reflect a broader view of beauty.  The new dolls represent a line that is reflective of the world girls see around them – the variety of looks, body types, skin tones and styles that allows girls to find a doll that speaks to them. Lego, attacked for lack of […]

I am sometimes unclear about when to stop saying ‘happy new year’.  Last year someone told me, at the end of January it is best to stop this seasonable compliment. Two different Greek words  exist for the English word new. Neos refers to something that has recently come into existence, such as a new year. […]

Your voice matters. Your story is unique. TesseLeads creates the place and space to share your story with the world.